Spring, the season of Sakura, Japanese cherry blossoms. As I mentioned in some other posts, it is probably the most beautiful season in Japan.

If you’re planning to visit Japan, and possibly Kamakura, Spring is definitely the recommended season. There are several places that are famous for their beautiful site with cherry blossoms, such as Tsurugaoka Hachimangu, which I showed in the post above, and the Daibutsu, the Great Buddha.

Daibutsu – The Great Buddha of Kamakura

Another famous location in Kamakura is Hasedera Temple, which is also beautiful during Spring with cherry blossoms around. 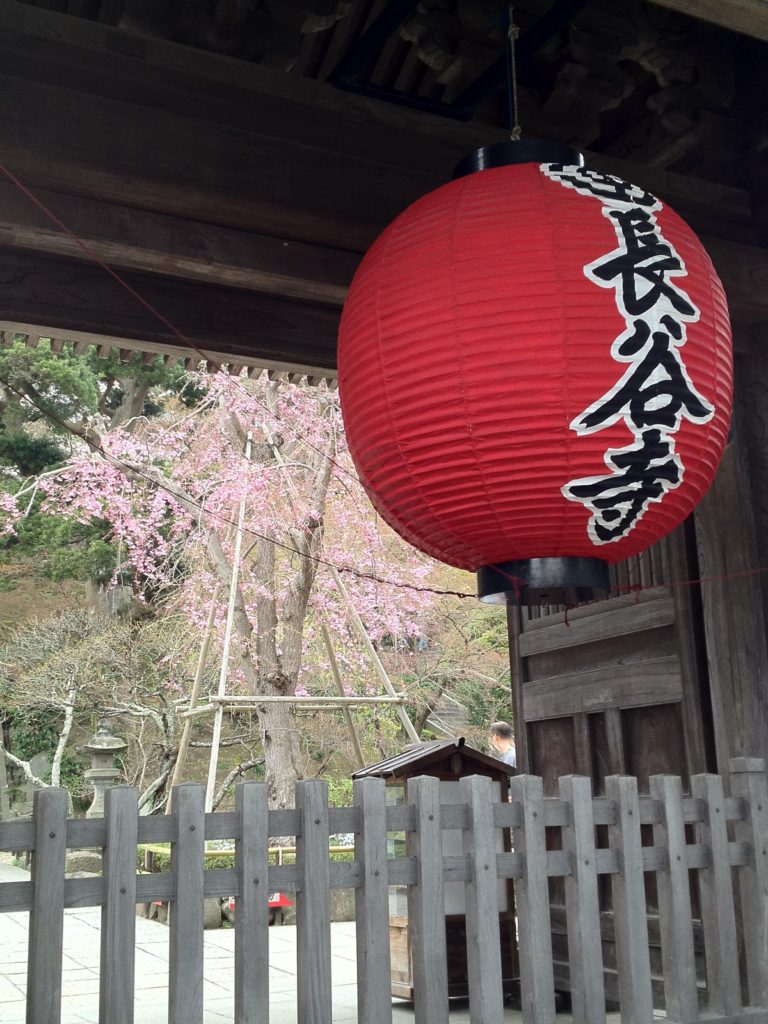 The large red object in the image above is called a chochin, and is a Japanese traditional lamp. This can be seen in the entrance gate of Hasedera Temple. The entrance fee is 300 yen for adults and 100 yen for children in elementary school. 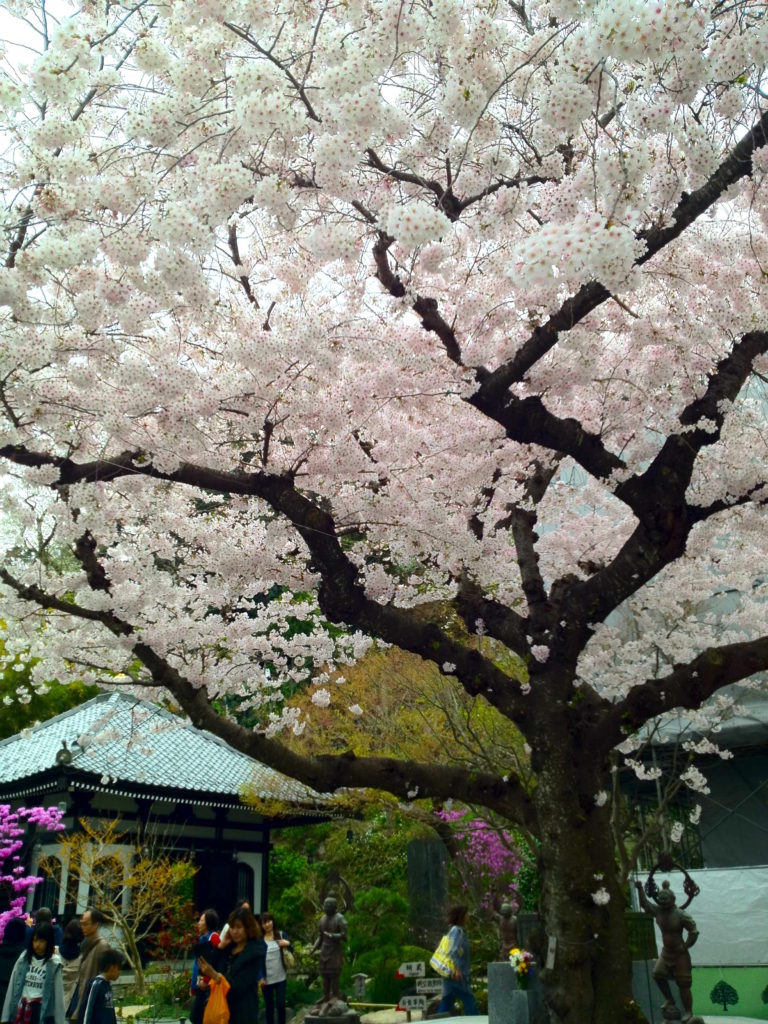 The image above was taken a few years ago in Hasedera, when the cherry blossoms were fully bloom. You’ll see many more cherry blossom trees around Hasedera Temple.

In the Kannon-Do, which is the main building of Hasedera, there is a large golden statue of Kannon, which is another name for Buddha. You can buy buddhist charms from the shop inside this temple.

There is also a restaurant inside the area of Hasedera Temple, where they serve some vegetarian food and deserts. It’s a great place to take a break, as you’ll probably be walking in crowds of people in Hasedera.

Hasedera is built on the side of a small mountain, or perhaps more like a hill, and visitors can view the Yuigahama beach and the town of Kamakura from the temple. There is also a Kannon Museum, where visitors can look around various buddhist statues, sculptures, and treasures for an extra fee.

The way to Hasedera Temple only takes 5 minutes by walk from Hase station, and is close to the Daibutsu. This temple is one of the most famous and is a must visit if you are coming to Kamakura.

The Hasedera Temple Homepage is here.