It’s March now and it’s still chilly here in Kamakura, but Spring is definitely approaching, and Spring is the best season for tourists to visit Japan.

“There are four seasons in Japan” is a phrase you might hear in Japan, speaking as if it’s something unique although various countries in the world have four seasons. What they mean by this is that Japan has vivid seasons. “Four seasons” itself clearly doesn’t make Japan unique, but Japan certainly has vivid seasons, each having its own distinct face. Summer is agonising with high temperature, added by the extremely high humidity, which could be quite uncomfortable for some tourists that are used to dry and cool climate. Winter is relatively dry and cold, making it better than Summer, but not the best for sightseeing.

This leaves Fall and Spring. Both seasons are beautiful, but Spring wins for its warmth and most importantly, cherry blossoms. 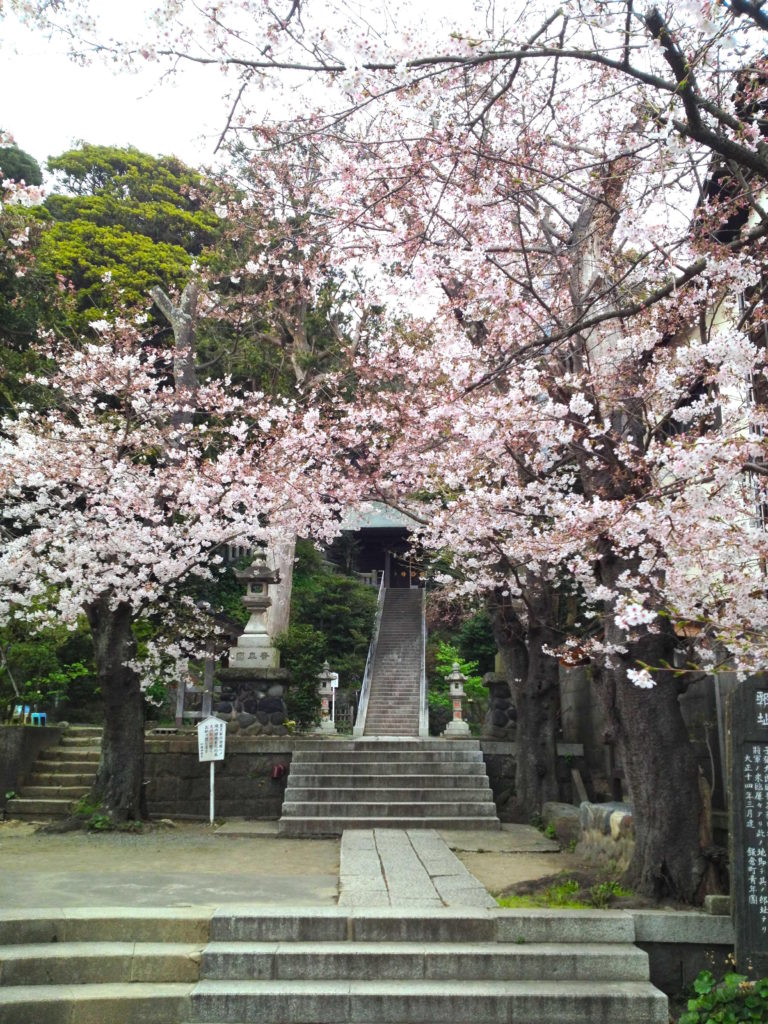 Cherry Blossoms of Amanawa Shinmeigu, the oldest shrine in Kamakura.

Japan is famous for its beautiful cherry blossoms, and there are various locations in Japan to see them, and Kamakura is one of them.  The image above shows a view in Amanawa Shrine (Shinmeigu), the oldest shrine in Kamakura. This shrine is situated close to Hase station, around other famous tourist sites such as Hase Temple and the Daibutsu (Great Buddha).  Usually, the weather is much better during Spring, with a much more beautiful view with a blue sky.